Why this past? Why is this past mine? A past which I did not even know?

How I Learned to Clench My Fists

Thirty years ago I was in comfortable circumstances. Sur­rounded by warm and nutritive liquid, a parasite in the belly of a German woman who was indifferent to political ideas. Outside, the snow and the bombs fell. I learned to clench my fists and hit out against the walls that shut me in. Nails grew on my fingers and toes. Today I have twenty all told. Born too late to see the war, too soon to forget it. Rocked by events which I did not experience. Sometimes I shake them off, as I shake flies off my shirt. They settle down again in other guises: sounds in the air, smells in the nostrils, movies, tombstones, commemorative stamps, distracted faces, mayoral and presidential speeches, solitary nightmares, bursts of laughter, bursts of anger, simply bursts. I touch my body, biceps, thighs, genitals and all: to be born in the midst of massacres and to have a body that functions normally — it’s maddening. However, I have a way of thinking that is not normal. For me, thinking is building dams. To dam up the accusations. I contrive windshields against language, against the to and fro of wretched syllables. Always the same words. Jew or Nazi? Ally or Axis? Winner or loser of history? I, for one, lost. At the end of the war I was four years old. Therefore I do not know what the words and images mean that pursue me. I do not quite know what reality is. Sometimes it seems to me that the persecutions of the past are more real than the comfort of the present. I do not know how to forget either. That, I do not know at all. Nor if I am right to devote myself to these counterfeit memories of Nazism. Nor what all this adds up to.

So, Anna was pregnant with me. My fabrication got under way when Germany invaded France. Recently, at the table, I said to my father: “You must have had a jolly celebration in May of 1940.”

I found this strange. My father grumbled, protested. I in- sisted.

“Obviously, one night after the Invasion you were rather inti­mate.”

“Not at all. Your mother and I were hundreds of miles away from each other.”

“This is getting more and more interesting!”

He took some more soup, tranquilly swallowed two spoonfuls. A mystery, then. The first of a long series. Accepting that my origins... 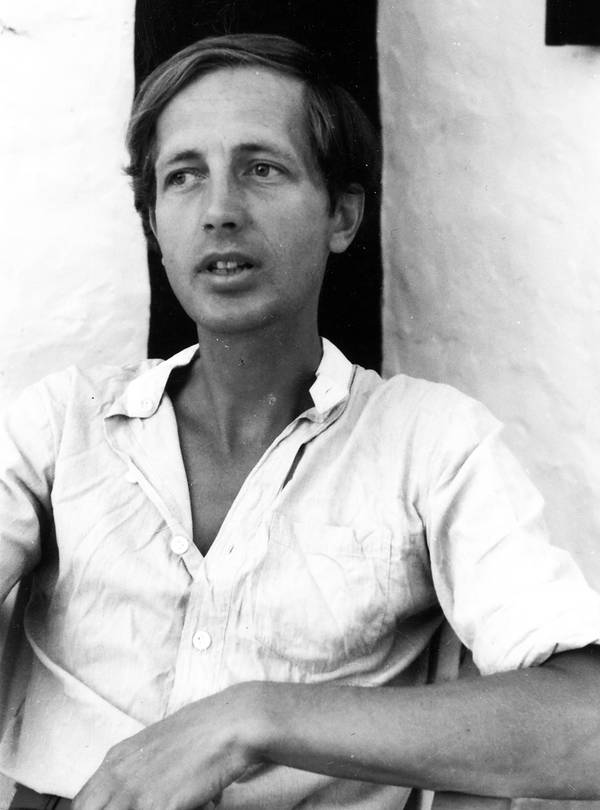 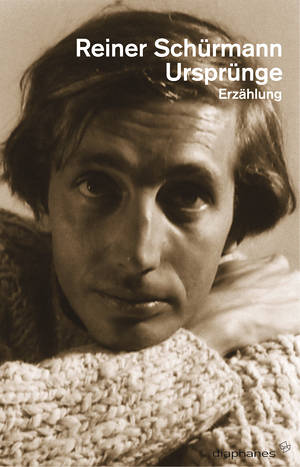 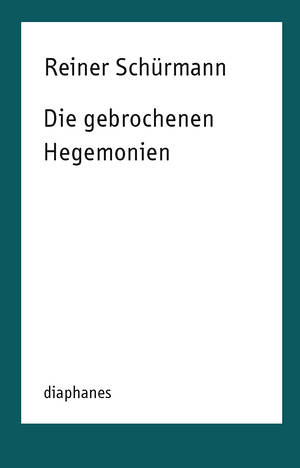 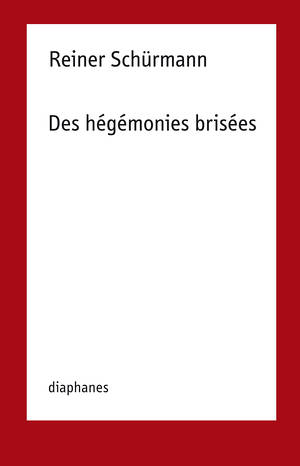 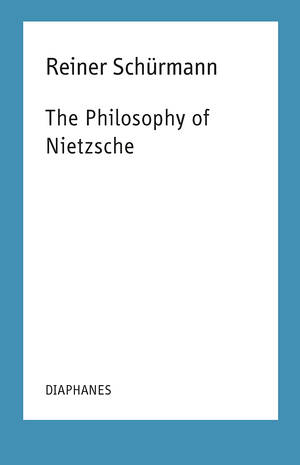 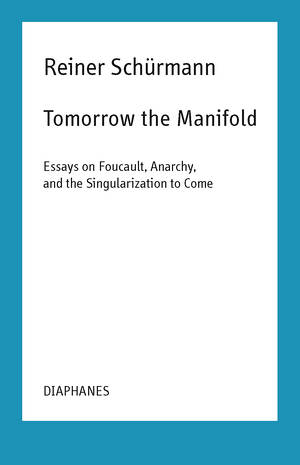 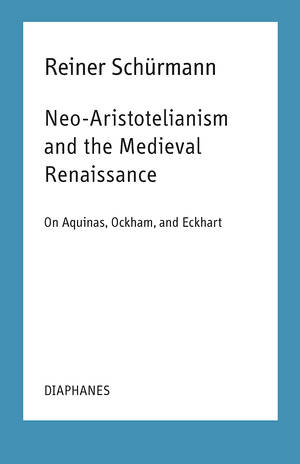 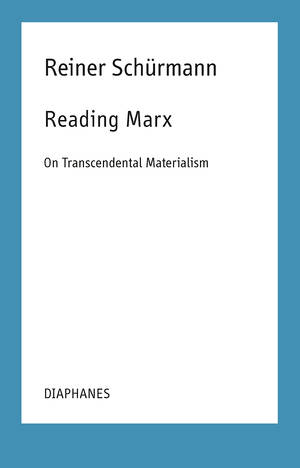 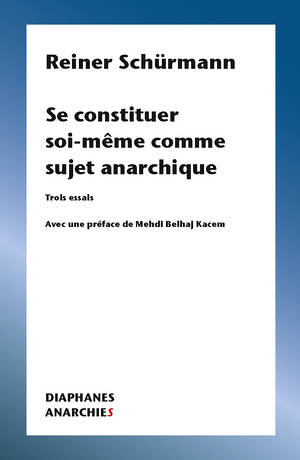 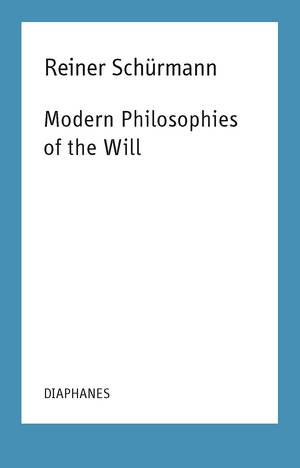 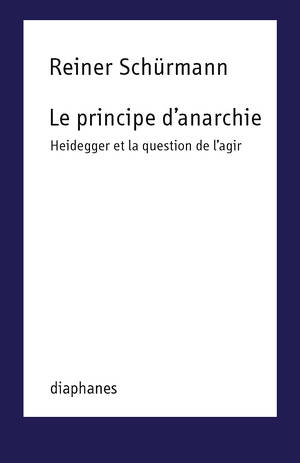 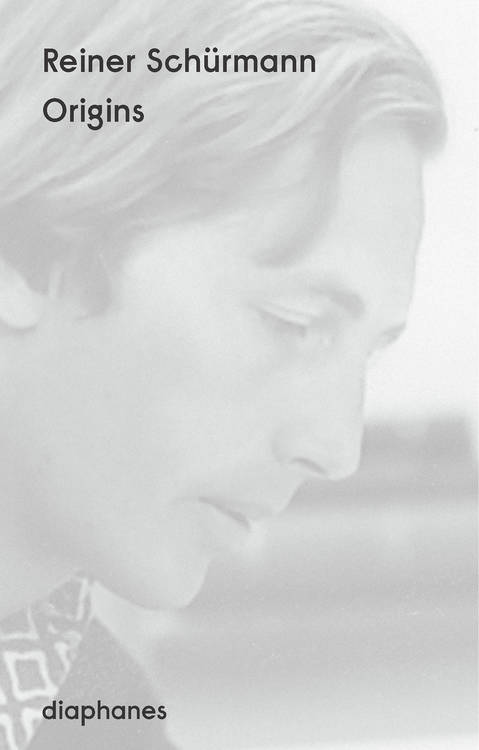 “Born too late to see the war and too early to forget it.” So writes Reiner Schürmann in Origins, a startlingly personal account of life as a young man from postwar Germany in the 1960s. Schürmann’s semi-autobiographical protagonist is incapable of escaping a past he never consciously experienced. All around him are barely concealed reminders of Nazi-inflicted death and destruction. His own experiences of displacement and rootlessness, too, are the burden of a cruel collective past. His story presents itself as a continuous quest for—and struggle to free himself from—his origins. The hero is haunted relentlessly by his fractured identity—in his childhood at his father’s factory, where he learns of the Nazi past through a horrible discovery; in an Israeli kibbutz, where, after a few months of happiness, he is thrown out for being a German; in postwar Freiburg, where he reencounters a friend who escaped the Nazi concentration camps; and finally, in the United States, where his attempts at a fresh start almost fail to exorcise the ghosts of the past.

Originally published in French in 1976, Origins was the winner of the coveted Prix Broquette-Gonin of the Académie Francaise. In close collaboration with the author, this translation was created in the early 1990s, but Schürmann’s premature death in 1993 prevented its publication process and, as a result, one of the most important literary accounts of the conflicted process of coming to terms with the Holocaust and Germany’s Nazi past has been unavailable to English readers until now. Candid and frank, filled with fury and caustic sarcasm, Origins offers insight into a generation caught between disappointment and rage, alignment and rebellion, guilt and obsession with the past.