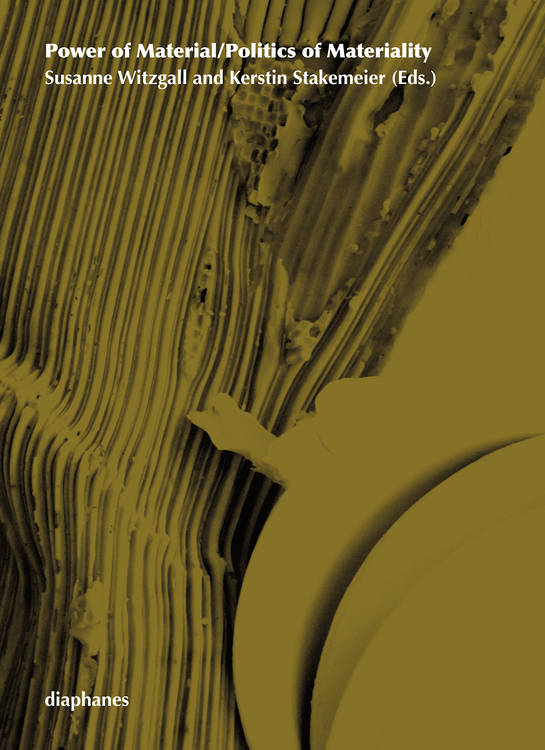 New Materialism
The Ontology and Politics of Materialisation

Over the past two or three years there has been much talk in the social and human sciences about a materialist turn. It is clear that this is not, however, a complete revolution back to older forms of materialism, even if some of their traces are still resonant. The new materialists are self-consciously positioning themselves in the wake of an earlier cultural turn towards linguistic modes of cultural analysis that included radical forms of constructivism, but also in response to new challenges and opportunities that are emerging through novel ways of understanding matter and handling objects.

My essay has two main parts. The first provides an overview by considering some of the ways a new materialism is being pursued, the sources from which it draws inspiration and the kind of vocabulary that is being used to invoke volatile process of materialisation. This includes a sketch of the new materialist ontology, with its distinctive choreography, and some reflections on its significance for analysing the material realm that embodied social actors inhabit. The second part ponders a question that is often addressed to new materialists but that so far does not seem to have been answered very satisfactorily. This corresponds to the “politics of materiality”, which you reference in your book and lecture series title. The question here is whether the New Materialism is only descriptive or also entails a normative project. If it does have normative ambitions or implications, how might these be negotiated? Is it feasible, for example, to reconcile a post-anthropocentric, flat ontology across which agency is distributed with a project for social transformation?

Interest in new materialist modes of inquiry is currently evident across a range of disciplines, from political theory or architecture to geography or anthropology, and in fields ranging from food and biopolitics to international relations and the visual arts. The most rarefied philosophical inquiries, developments in the natural sciences and observations regarding a fast-changing social and ecological fabric are all grist to its mill.Because no orthodoxy has (yet) emerged, the field is exceptionally open. The New Materialisms draw on diverse influences and are being developed by representatives from numerous traditions. These include ancient atomism and modern vitalism; modern political theorists who are re-interpreting Hobbes, Spinoza, Marx and Nietzsche; phenomenologists, Deleuzeans, Fou-cauldians and Derrideans; critical realists, speculative realists and historical materialists; environmentalists, artists, and systems theorists espousing complexity or chaos...

In the last years a new focus on material phenomena has become increasingly oberservable in the arts and sciences. Most diverse disciplines are stressing the momentum and the agency of matter, material and things and underline their status as agents within the web of relationships of culture and nature. The book "Power of Material / Politics of Materiality“ deepens this current discourse and for the time brings materialist tendencies within the arts, design and architecture into a direct dialogue with a range of scientific approaches from a "New Materialism“ within the humanities and social sciences.

This publication is the result of the first year of program at the newly established cx centre for interdisciplinary studies at the Academy of Fine Arts Munich.