Strangeness is everywhere, but strangers are only where we define them. In 1970 Robert Filliou proposed that two war monuments in Belgium and the Netherlands be swapped and transplanted onto each other’s territory. Confronting the public with the heroism of the other underscores the vanity of warfare. Symbolical transplants have become a popular artistic strategy, its often utopian scope notwithstanding. In 2012 Yael Bartana organized the Jewish Renaissance Movement in Poland (JRMiP), calling for the relocation of 3,300,000 Jews to Poland in order to re-establish the once annihilated community. In 2015 Christoph Büchel transplanted a mosque into a defunct Catholic church during the Venice Biennial. In 2017 Manaf Halbouni installed three busses vertically in the center of Dresden, symbolically transplanting barricades from Syrian battlefields. Other artistic concepts use transplants literally (not to mention body extensions from Stellarc to Orlan). Take, for example, Łukasz Surowiec, who in 2012 transplanted trees growing near Ausschwitz-Birkenau to the Berlin Biennial exhibition site.

Symbolic transplants reach beyond political art, probably going back to prehistoric swapping rituals. They also can be found in bizarre 1950s sexual therapy, including bourgeois wife-swapping and swinging practices. These themes are frequently played out in today’s popular culture. Reality-TV shows invite two families to swap family members for a week—the idea being that the chosen families are from different social strata or ethnic backgrounds. The point of drumming the confrontation machine is to deal with the particular other, not with the general other. It’s no surprise that many popular films also play with social transplants, many originating in the post-oedipal 1980s: Dad turns into son via magic serum or magic skull (Like father, Like Son, 1987; Vice Versa, 1988); meditating old man turns into punk kid (Dream a Little Dream, 1989); crippled rich lady wants to switch bodies with a young woman but ends up in Steve Martin (All of Me, 1984); mom swaps body with teenage daughter after eating fortune cookies (Freaky Friday, 2003); grandpa swaps body with grandson (18 Again, 1984). The Hot Chick (2002) and Switch (1991) introduce gender swaps to the transplant genre. Then we have ego-centered transplants: teenager swaps bodies with an older self (13 Going on 30, 2004; Big, 1988) or vice versa (17 Again, 2009). Science-fiction movies play out the transplanting of minds and bodies by technological means. Consciousness is often transferred to another medium; the person’s mind is downloaded, re-programmed with magic code and uploaded into a new body or onto the Internet (Transcendence, 2014). In one of my favorite films, John Frankenheimer’s Seconds (1966), the middle-aged protagonist wants a new life, has his body renewed by the mysterious “company,” then settles as a young man into a community of likewise “reborns,” only to find out that his fulfilled desire leads him to a dead end, quite literally. You can’t get more Lacanian-noir than this. Jordan Peele’s Get Out (2017) brings “racially aware” transplants into the genre: a bunch of racist white “liberals” lure young African Americans into an occult family surrounding to have the brains of their terminally ill white members transplanted into the “physically superior” black hosts. Another idea often found in science fiction is the transfer of one consciousness to another without transplanting the brain, something that frequently occurs in the Star Trek series. Again, consciousness is interpreted—or shall we say misunderstood?—as a kind of replaceable operating system in order to enable the alienating experience.

Most transplant plots stick to the philosophically dubious folk dualism of mind & body. The underlying questions is: How will the old mind deal with the new body? How will the adult with the kid’s mind behave in his usual surroundings? How will my old transcendental self deal with my new empirical self? How is my older I different from my younger I? There is an ageless quality to the first-person perspective. It enables the most integral experience that exists, which is why transplants are intriguing in this realm. The normative ethics underlying the transplant genre, however, lets its characters rediscover their original existence as a worthwhile experience. In other words: we carry the happy ending with us, are only unaware of it. After all, in Fichtean terms, it’s always good to become what you already are. The post-Fichtean challenge would be to aim to become what you will never be. The radical confrontation with an impossibility as affirmative practice.

All the filmic and artistic imaginations surrounding symbolical transplants are quite logical: immediate confrontation with an impossibility in order to turn it into a possibility is an effective means to create public awareness and change attitudes or practices. If you follow this logic, you can extend some of the above practices. Referencing the memorial transplant project above, you can go beyond trees by growing edible plants or feed animals on Birkenau soil and organize commemoration feasts, during which “Holocaust dishes” are served, exposing the cannibal nature of memory politics. Or, instead of “never again” slogans about the rise of fascism, transplant the Birkenau barracks to the top of the Varus Statue, one of the phantasmatic figurations of German history, confronting real myths with real barracks. If you shifted your focus from historical to environmental issues, you also could raise global awareness by transplanting the Arc de Triomphe (or a national landmark of your choice) to the North Pole and let the climate policies determine whether the ice will melt and drown the building into the sea. It would be an effective way to make national pride useful for humanity. But why only stick to objets trouvés? Why not multilaterally swap political leaders? Why not transplant cemeteries? We would have au-pair presidents and necro-populist exchange programs—perhaps a step towards trusting and mourning total strangers. It could go on: mobile cemeteries—drive the dead in commemoration trains around the country or shoot them into space to orbit the earth. The deceased are the biggest “ethnic group,” and death is the most radical form of exclusion, which must be confronted. Exchange national flags or country names, or swap the territories of Saxony with Israel, both extending over around 20.000 square kilometers. The Saxons could build an ethnically clean German state in the Middle East, and it might perhaps be welcomed by some of its neighbors. However, not all transplantism is pol-fi or as far-fetched as it sounds: systemic business consultants use transplanting or swapping techniques to have company leaders re-enact the roles of their employees and vice versa. Or if you happened to think about transplanting your thoughts into another person: this is already commonly known as “convincing somebody.”

Symbolical transplants feed the imagination, and they broaden the scope of dealing with the other, with groups, hierarchies, symbols, or political counterfactuals. What if your city was a war zone today? What if you became a fascist tomorrow? What would have been your role in tyrannies of the past, if you had been born earlier to live through them? What if you were about to be driven out of your home at any moment? Political confrontations and counterfactuals often are based in metaphysical angst: what if you were to be confronted directly with the consequences of your behavior (“instant karma”)? What if you were taken over, as in Dostoyevsky’s novella The Double, by a dvoynik competitor? What if your image wasn’t reflected in the mirror of society (Andy Warhol dreamt of metaphysically disappearing without dying)? What if you started to speak with the voice of a total stranger? What if your utterances didn’t match your convictions any longer? What if you believed in something you didn’t really believe in? Symbolic transplants embody the relationship between a general strangeness of life and the concrete experience of a stranger. In Pasolini’s Teorema (1968), the stranger aka The Visitor takes the role of the transfiguration of the bourgeoisie. He doesn’t belong here, but he gives meaning to the patron family. After he is gone the family members are able to confront their reality. The father famously ends up naked and stripped of all his belongings in the volcanic desert slopes of Mount Etna.

Let’s stay there for a moment. The idea of a transplant is that an entity is taken and placed in another context. The transplant is successful if the entity is “well integrated” into the new context. This is why the history of symbolic transplants subtly follows the history of the identity discourse. I have been reading about the case of a man who after receiving a donor’s heart suddenly started to develop artistic skills. Integration is not integral in itself; the new context has changed forever. Politically or socially speaking, it isn’t that symbolical transplants are just inevitable or important. They are necessary—as necessary as organ transplants are for saving lives. 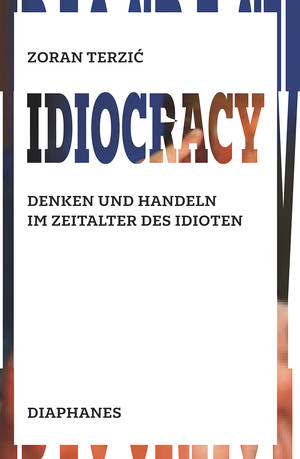 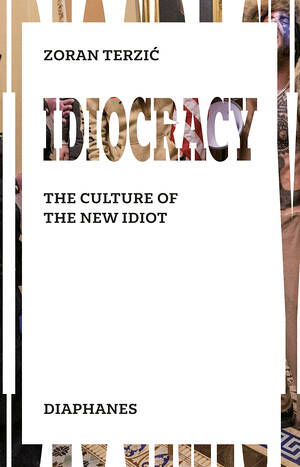 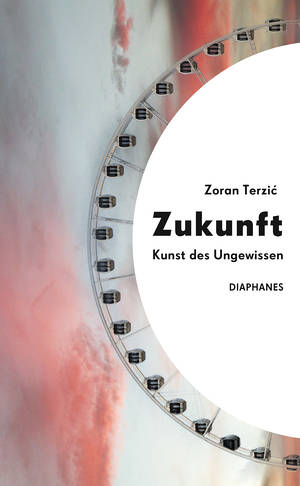