Saturn has entered our speech like a lion; as the wild beast of revolution, the limbs of a half-eaten child still hanging from its gaping jaws. This is Goya’s Danton: the bloody face of the untamable fear that human hunger for freedom could go out of control.

The gaping jaws announce an appetite for rebellion. This physiognomy of the revolution, heightened tremendously by Goya, is already encountered where Saturn had not yet frozen into the grimace of a world-historical monster, but ruled the few exuberant days at the end of the year as a golden-age deity of agriculture and bringer of culture. In the name of personified time (Chronos) the Roman Saturnalia cultivated a literal unleashing: the ritual sacrifice on the first day of the festival included untying the woolen ligatures that bound the legs of the temple statue of Saturn during the year. Accordingly, one of the features of saturnalian festivities was bodily excess. At extravagant orgies of eating and drinking, people particularly entertained one other with riddles and satirical poems. Both unrestrained eating and unbridled derision imply unseemly wide-open jaws. Saturnaaaaalia. As a reflection of the golden, saturnalian age, the rules of ordered society were suspended during these days without authority, before the voracious god was rebound. At the transition from the old to the new year the Romans celebrated the world upside down (mundus inversus), above all in social matters. Slaves, whose festival Saturnalia was sometimes said to be, enjoyed extensive license, particularly an unrestricted freedom of speech. Subordinates were permitted the role-playing of candid speech (parrhesia), provocation, and command. The symbolic removal of social barriers was shown not least in the servants being allowed to dine at their masters’ tables. Saturn stood for the momentary inversion of the relationship between free and unfree; his festival temporarily released the oppressed—both people and drives—from their chains.

Such ritual rebellion from below even affected the language. The Saturnalia are also the festival of exuberant punning and corny jokes: servants are now savants; words, as if released from their fixed meanings, enter into wild mésalliances. The load-bearers of communication throw off their semantic baggage and promiscuously unite in unforeseen (non)sense. The actual stage for this spectacle of liberation is literature: “Liber esto!” calls Petron’s Trimalchio to a cupbearer in wine-god costume, “You should be free!”—but also “You should be Liber!” (that is, Bacchus). And who says that the author of the Satyrica—that boisterous Roman novel at whose unruly center there is a saturnalian feast—wasn’t also urging his vinous text to become a book (liber)? Saturnalian unleashing enters the language in the uncontrolled ambiguity of words, in the resistance offered to easy understanding by their wildly signifying letters. “Puns,” writes Jonathan Culler,

demonstrate [the] instability, the mutability of meaning, the production of meaning by linguistic motivation. Puns present us with a model of language as phonemes or letters combining in various ways to evoke prior meaning and to produce effects of meaning – with a looseness, unpredictability, excessiveness, shall we say, that cannot but disrupt the model of language as nomenclature.

The rebellion of the signifiers against their semantic taming is seen not only in Petron’s saturnalian feast but also in another mixture of verse and prose (prosimetrum). “I’ll say what comes to my mouth”—“dicam, quod mihi in buccam venerit”—declares the narrator in the first paragraph of Seneca’s Apocolocyntosis. And indeed no words are minced by the wide-open bucca from which this unruly text speaks to us. Even the title under which Seneca’s biting satire on the recently deceased Emperor Claudius has come down to us, “Gourdification,” reads as a monstrous hybrid, and punningly announces that the despot will be subject to anything other than an honorable deification (Gr. apotheosis). Here the ruler’s death creates a saturnalian interregnum in which language is liberated from the otherwise applicable rules of grammar and rhetoric. Propelled by epic flatulence, the narrator has the emperor ascend to heaven (where, of course, he is turned away from the Olympian threshold as an unworthy colleague). When Claudius, shortly before farting out his soul, evokes the wind blowing from Ilios (Troy) with a learned quote from Homer (“Ἰλιόθεν με φέρων ἄνεμος”), the words themselves become actors in this spectacle of dethronement. In Latin the Greek wind “from Ilios” (Ἰλιόθεν) reveals a crude underlying meaning. The geographical specification de Ilio becomes a homonymous physiological phenomenon: wind de ilio—“from the bowels.” Seneca’s prosimetrical ascent to Olympus and descent to Hades—like Petron’s satyric novel—mocks linguistic purity by mixing idioms into the individual words. Here we read a contaminated Latin full of suggestive double-entendres, in which every word implies an underlying secondary meaning.

Playing with the latent stratum of language, by which, as Quintilian describes, “something hidden is brought out from something said” (“ex aliquo dicto latens aliquid eruitur”), was called emphasis in ancient rhetoric. But the saturnalian text is dominated by a rampant intensification of this figure, the uncontrolled “wild” double-entendre, called cacemphaton. In contrast to the permitted allusion to a secondary meaning in the use of a word (emphasis), Quintilian places the proliferation of indecent allusion at the very top of his index of rhetorical taboos. But even this master of decorous speech knew that the boundary between controlled and uncontrolled allusion couldn’t be drawn, and that underlying and secondary meanings couldn’t be restrained by any rhetorical law: “nihil loqui tutum est”—“nothing may be uttered uncritically,” warned Quintilian. No speech is safe from the rampant production of meanings by sounds and letters. In the saturnalian text this unruliness becomes linguistic spectacle. In the ubiquitous pun, the paronomastic deformation of words, a stage is ceremonially set for suppressed underlying meaning. Just as the historical Saturnalia celebrated the moment in which the corn hidden in the granary was brought into the light of day for the first time, unbound saturnalian speech brings hidden semantic potential to the surface of the text, so as to celebrate, in ritual excess, the fruitfulness of the linguistic earth. In both rhetoric and culture such running riot requires a particular license. Wisely, ancient Rome held the insatiable god of time within the boundary of a fixed timeframe. It restricted the ritual loosening of shackles to a strictly measured threshold at the end of the calendar year, so as to prohibit all unruliness for the remaining 350 days. Saturn’s shackles symbolize a forced docility, a precarious taming of the ungovernableness that particularly announces itself when wordplay takes on a life of its own.

Awareness of the independence of language, the rhetorical fear of the outbreak of uncontrollable secondary meaning, as occurs in the saturnalian text, thus has its allegorical roots on the one hand in the agricultural custom of opening the corn granary, when—as with emphasis—something hidden (aliquid latens) is brought out (eruitur). But the aspect of concealment also links to the mythology of the Saturnalia. Vergil’s Aeneis tells of Saturn’s exile (Verg. Aen. 8,319–322):

First to descend from heavenly Olympus was Saturn, fleeing the weapons of Jupiter, an exile deprived of his realm. He united the ignorant people scattered in the hilltops and gave them laws, and he preferred to call the country Latium, because it had sheltered him out of sight.

The land of the Latini, Latium, so the foundation myth goes, derives its name from its concealment (latuisset) of the god Saturn. In Vergil’s canonic version Saturn not only appears as tamed, cut down to size by his own son, but also as a taming god, as the giver of laws to an unruly people (composuit legesque dedit). It’s almost impossible to ignore the meta-poetic connotations of componere and leges dare: Saturn thus appears as the founder of epic verse, which is composed in rhythmic proportion (metrum). But the particular succinctness of the passage only becomes clear in a close look at the Latin original. Vergil’s epic presents the etymological ennoblement of the fatherland as a golden-age country (saturnia tellus) in the form of a pun: not only does the Latini country derive from latere, to be hidden; Latium is also a perfect anagram of maluit (preferred). Saturn and his preference are thus literally concealed in Latium, as a latent potential of the sequence of letters, as a different word within the word. Vergil makes knowing use of the text’s conditio anagrammatica, the subliminal potential meaning of the letters, for his epic purposes. By trapping Saturn, as it were, in the name of the fatherland, he seems to sanction the myth of the saturnia tellus; underlying meaning is bound at the moment of its release.

If the restrained speech of the epic in this sense seeks the instrumental taming of chthonic forces, in the saturnalian prose of Petron or Seneca it is anarchically unleashed. As if these texts had taken the name for unbound speech (oratio soluta) literally, the rules of rhetorical decorum and the boundaries of good taste are lustfully transgressed here, liberated from the strict meter of verse and the generic constraints of high poetry.

Here we encounter language in an exceptional state; Petron wanders both lexically and rhythmically over hill and dale—through limping iambics, stumbling hexameters, and distorted distichs, to name only a few of the verse forms that appear alongside a wide prose spectrum from vulgar everyday speech to flights of rhetorical fancy. The Satyrica are written in boisterously dancing sentences freed from the shackles of meter.

What applies to linguistic double and underlying meaning counts for prosodic extravagance as well: like every unruly desire for freedom, the wildness of language is also subject to a strict control in the name of order, civilization, and culture, instituted in rhetoric. Particularly in relation to good clause structure, the ars bene dicendi can’t bypass the speaking, ‘unbound name of prose. Although Cicero calls prose, in comparison with poetry, “freer and truly as unconstrained as they say” (“Liberior est oratio et plane, ut dicitur, sic es vere soluta”), in the same breath he repudiates its implied intemperateness: “non ut fugiat tamen aut erret, sed ut sine vinculis sibi ipsa moderetur“—“not that it flees or goes astray, but that it checks itself without fetters.” Here speaks the confidence of a morally and rhetorically assured aristocrat, a vir bonus et dicendi peritus. But feigned trust in the self-control of unbound speech left much to be desired. Why else would rhetoric have invented an elaborate system of rhythmic regulation that despite all its freedoms forced the capricious prose sentence into a predictable end? The tone of conviction isn’t able to disguise the fact that the freedom of continuous speech (prorsa oratio) had an excessive tendency. The discomfort that overcame ancient rhetoric at the idea of the potential boundlessness of the sentence liberated from meter goes back to Aristotle. In the controlled rhythm of the beginning of a sentence, and above all of its end, the rhetoricians found a way of giving their clauses the habitus of freedom without allowing unbound speech to go entirely its own way. Where does the freedom of the prose sentence end? Where a phrase ends in an anticipatory clausula, a striking conclusion that reassuringly arrests the free rhythm of the middle section. But in order to do justice to the aristocratic freedom of unbound speech, the orator’s prose sentence must at all costs avoid even the hint of verse. The theory of the free clause is therefore—paradoxically—also that of suppressed meter: the feet in the middle section of the sentence should be hidden (latere); in no way should a speech give the impression of submission to the metrical constraints of verse. Saturnalian logic now appears in reverse: it isn’t the wild and unruly that is latent in the prose sentence; the shackles of meter are concealed and suppressed instead.

Clausulae, with which ancient rhetoric is primarily concerned, are nothing other than the woolen ligatures around the stone legs of Saturn: shackles, loosened to be tied—but also tied in order to be loosened. 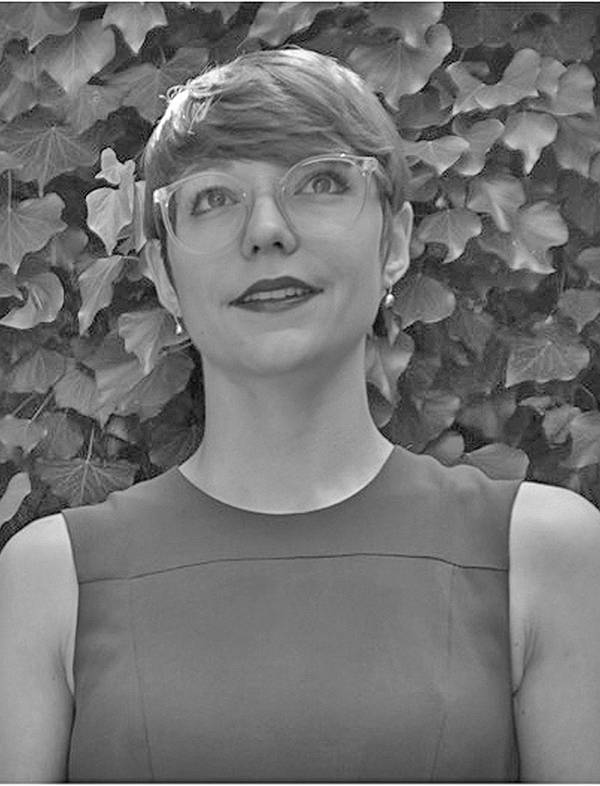